Review: The Art of Diplomacy — Brazilian Modernism Painted for War at the Sala Brasil

Live parrots, rainbow hammocks, exploding bricks … Britain is on the verge of a Brazilian art invasion – and it all started with a wartime gift for embattled airmen 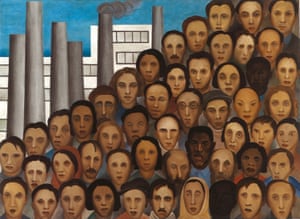 In the autumn of 1943, the Brazilian art world decided it wanted to do something to cheer up wartime Britain and raise money for its embattled airmen. Seventy artists – including several stars of the country’s emerging art scene – clubbed together and 168 pictures were sent to the UK for exhibition and sale.

“As artists,” they wrote, “this was the best way we could find to express to the English our admiration and solidarity.” Britain’s ambassador in Rio de Janeiro wrote to foreign secretary Anthony Eden, asking for £25 to cover transport costs, pointing out that the Brazilians had framed the paintings themselves so “that we should be spared the difficulties [of doing so] in wartime”.

The pictures were duly shipped, but it took some high-level arm-twisting to persuade the Royal Academy to exhibit them. “It is amusing to read that the RA turned us down on the grounds that they didn’t like the pictures!” wrote one exasperated British Council staffer. “Neither do we: but that was not the point.”

The show finally opened in November 1944, and went on to tour the country – though not without some eye-popping condescension, even from the critic who wrote the catalogue prologue. Sacheverell Sitwell drew parallels between Villa-Lobos, “who has written too much music”, and Diego Rivera, “who has over-painted”. He loftily concluded: “The progress of painting has been fast on this prolific soil, so fast that we may hope it will become slower and more serious.”